After winning the NBA championship, legend Kawhi Leonard toasted his huge win with a trip to Barbados. But you don't have to be a basketball hero to celebrate in Barbados.
Beyond the beaches, this eastern Caribbean island, outside the principal hurricane belt, has a year round calendar of festivities that gives nearly every traveler a reason to pack a bag for Barbados.

When: May to August
This months-long festival is a 200 year-old tradition of marking the end of the sugar cane harvest. It's the most popular celebration on the island, an extravaganza of live music and traditional dancing. This is the ultimate Bajan festival with all-night parties, arts and crafts markets, street fairs with local cuisine, and the culmination of the Crop Over Festival in the final week in August, with a masquerade band parade complete with costumed partiers, music trucks and moving bars.
Crop Over Festival Tip: Barbados' most famous native daughter, Rihanna herself is known to show up for the final day of the festival in support of her brother Rorrey Fenty's band Aura Experience! Sign up to 'jump' with the band and you could be partying with Rihanna's costumed crew.

When: Early July 2 – 7 | Website:
Get a little underwater in Barbados. Or simply swim, float, or soak up some sun on the beach. Dive Fest features water awareness programs, scuba and freediving demonstrations and trials, beach clean ups, conservation tips, lionfish hunting and tasting, as well as scuba dives all over the island - including the island's acclaimed east coast!
Dive Fest Tip: Don't miss Carlisle Bay Marine Park, a wreck diver's dream, with over half a dozen ship wrecks, including a Canadian freighter sunk by a Germany U-boat in WWII, and other ships sunk as dive sites. Some wrecks are as shallow as 12 feet under, all the way to over 55 feet under the surface. In addition to underwater history, you can check out the marine inhabitants: eels, frog fish, seahorses, rays, porcupine fish and squid that make the shipwrecks home.

When: mid-October long weekend (Columbus Day / Canadian Thanksgiving long weekend) |
Jazz Sax-Man and Barbados-born recording artist Elan Trotman hosts a weekend of concerts, island excursions and charity golf for this annual event. Festivalgoers are treated to an ever-growing lineup of contemporary jazz and R&B artists at the fest along with a schedule that allows time to discover the alluring tropical beauty of Barbados. The weekend benefits the Headstart Music program in the island that provides free music lessons to children on saxophone, flute, clarinet, trumpet and percussion instruments.
Barbados Jazz Excursion & Golf Weekend Tip: This is shoulder season, so you’ll be sure to get great flight deals. 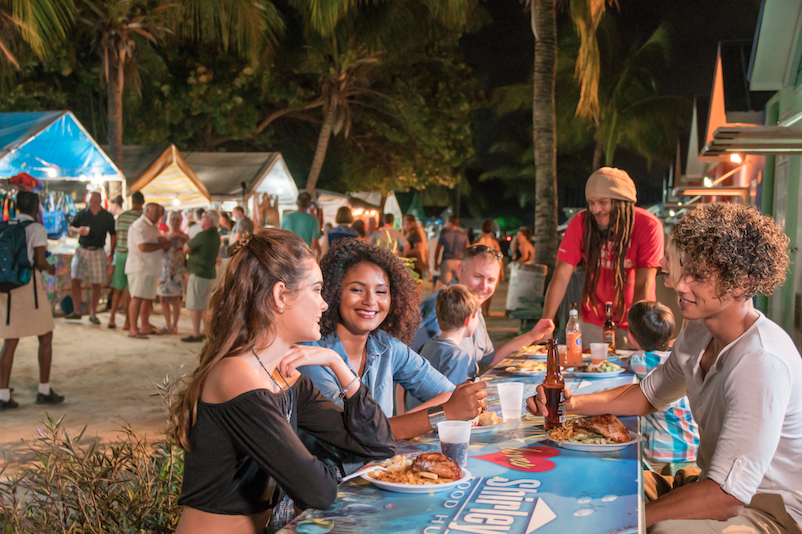 When: Late October weekend
For over 10 years, Barbados has been celebrating some of the best local Bajan, regional and international chef and mixology talent. for a unique festival of flavour. Local gastronomy and the island’s signature spirit – rum, are the highlight of this festival of flavor. Add in beach parties and other exciting cultural experiences and foodies and their friends have an island escape to remember!
Food & Rum Festival Tip: You'll want to check out local restaurants in addition to ticketed food and rum events. Don't miss Chef Damian Leach's restaurant Cocktail Kitchen. The award-winning Bajan chef, who studied in Canada, is bringing innovation and sustainability to the island dining scene; including the use of the invasive species lionfish in his cuisine. 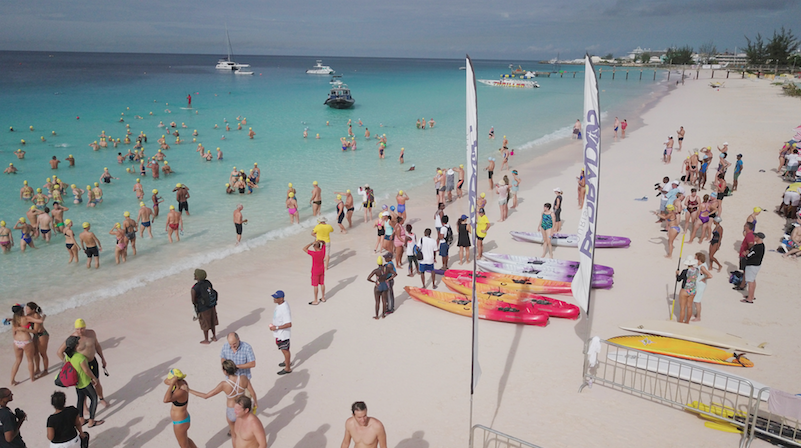 When: Early November weekend
Join hundreds of swimmers and open water enthusiasts in Barbados’ turquoise waters for races of 3.3, 5 and 10 k. Swimmers also have a chance to rub shoulders (or fins) with aquatic celebrities like Oceans Seven swimmer, Cameron Bellamy!
Open Water Festival Tip: Don’t miss the Practice Swim #3 on the Friday in 'Miami Beach'. This beach (also known as Enterprise Beach) is a hidden gem and known to locals as the most beautiful beach in the Caribbean, boasting white sand and pristine blue-green seas. 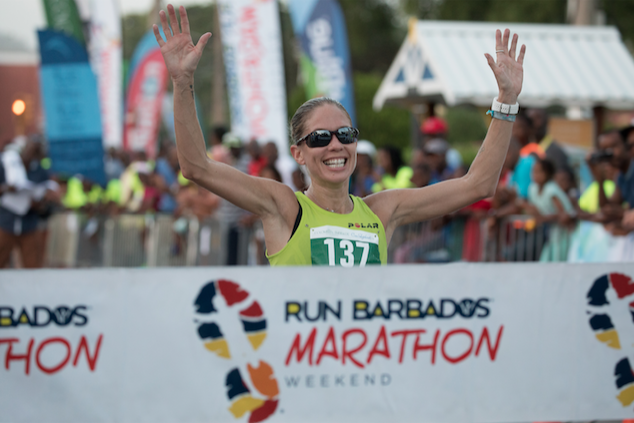 When: Early December weekend
Barbados' largest running event is your opportunity to test your running endurance in an idyllic tropical landscape. Sign up for the 10k, or half marathon too, and you'll run through Barbados' beautiful capital city and UNESCO World Heritage Site of Bridgetown, as well as its spellbinding natural harbor at Carlisle Bay.
Run Barbados Marathon Tip: North Americans dominate Barbados during this marathon, with US /Canadian running program partners bringing hundreds of participants and even Olympic Athletes to the marathon you may encounter during your run or at arm's length cheering on from the sidelines.

The Golden Skybridge features not one, but two expansive suspension bridges connected by forested trails – right at t... learn more

Yes, You Can Cruise Again - This Summer! Here's How.

No sailing in American or Canadian waters yet? No problem! That’s what at least three cruise lines – so far... learn more

Vacation rentals were the fastest growing type of holiday accommodation even before the pandemic. With types of renta... learn more

Cruise lovers haven’t even had a chance to sail aboard the first ship on this new – and much anticipated – cruise lin... learn more